Our 2018 event was named “a festival with a high concentration of good films […] which brought together filmmakers from Italy, Austria, Germany and Switzerland in a charming manner”, thus justifying our hard work.

This 32nd edition of our festival brought many filmgoers to Bozen last April, with some 5,500 guests making it one of our most successful years in recent memory. The programme featured 65 films as well as a huge offering for young filmmakers, musicians and students. Our guests of honour were Birgit Minichmayr, Charly Hübner, Miroslav Nemec and Philipp Hochmair, who all made the journey to Bozen, much to the delight of our audience.

What we achieved in 2018 is now our goal and guiding principle for the 33nd BOLZANO FILM FESTIVAL BOZEN, which will bring fresh contemporary films and their key players to Bozen between the 9th and 14th April 2019.

The industry’s initiative for young filmmakers

Focus Europa, which showcases a different European country each year, presents a series of highlights from the country’s current and past film productions. Following Slovenia (2016), Luxemburg (2017) and Lithuania (2018), 2019’s focus will be Hungary.

Hungarian auteur films have recently really taken off: László Nemes’ formally strong Auschwitz drama “Son of Saul” won Best Foreign Language film at the Oscars in 2016 (the second time for a Hungarian piece, after the success of István Szabó’s “Mephisto” in 1982), while “Body and Soul” by Ildikó Enyedi won the Golden Bear in 2017. So let’s get excited for our Hungarian guests and their magnificent films!

A platform for South Tyrolean Filmmakers

MADE IN SOUTH TYROL

Where we display films made and funded in South Tyrol. 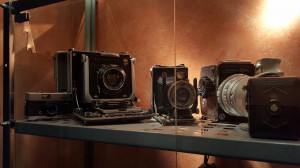